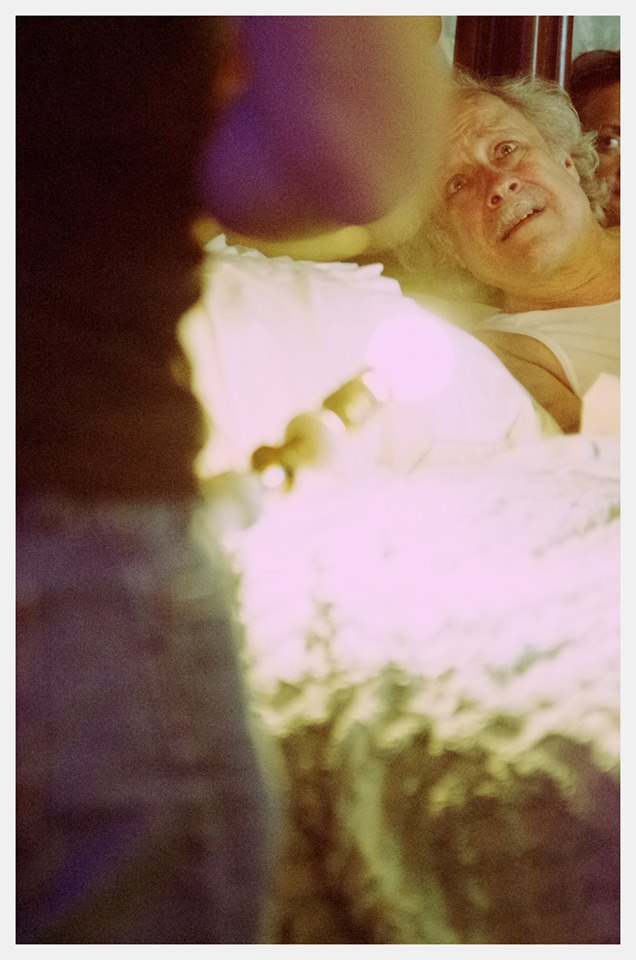 Tennessee Suite begins with The Traveling Companion, a late self-portrait by Tennessee Williams in which a famous author (Vieux) checks into a Manhattan hotel room with only one bed accompanied by a much younger man (Beau) who may or may not be hustling.  [Photo above by Ride Hamilton. Jeremy Lawrence as Vieux at the Herman-Grima House in New Orleans, 2014]. The Chalky White Substance follows: Williams’ fantasia of trust and betrayal in which an older man (Mark) and younger (Luke), both hooded, scheme for survival in a landscape devastated by nuclear war. Photo below by Earl Perry. Jeremy Lawrence and Ben Berry in The Chalky White Substance at the 2007 Tennessee Williams/New Orleans Literary Festival. 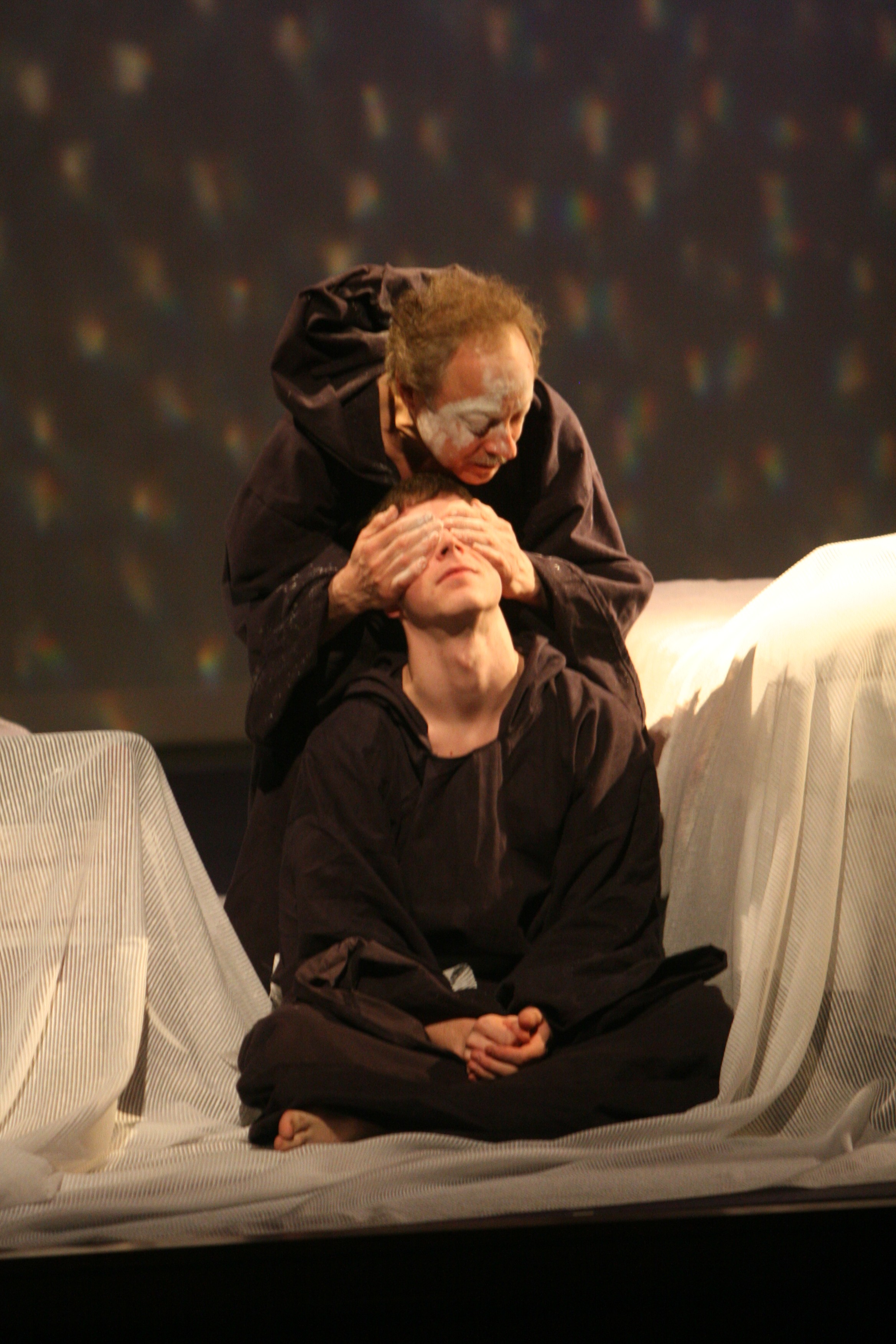