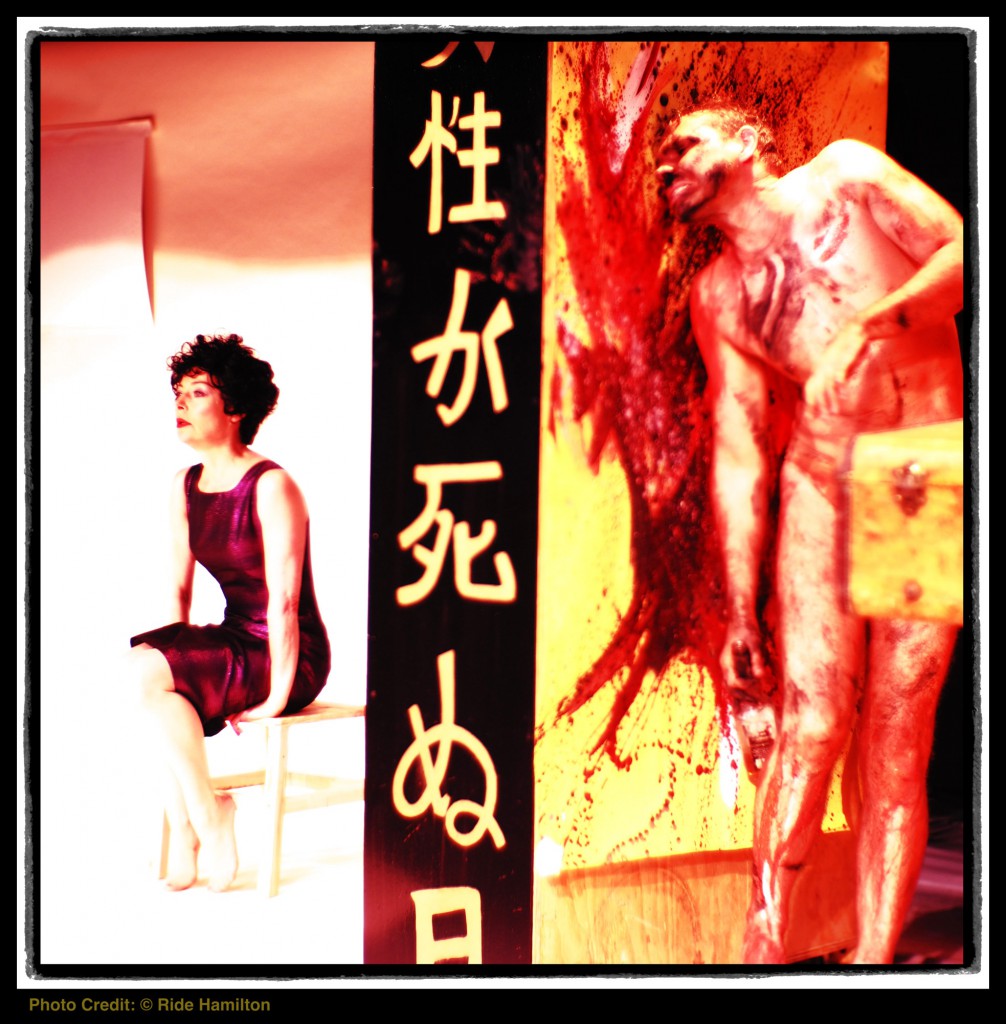 Tennessee Williams’ late 1950s text about an artist coming to the end of his images. 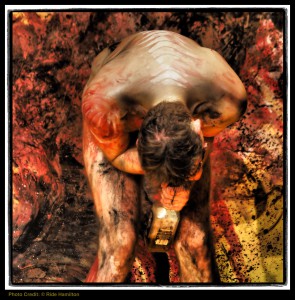 Man, Jennifer Steyn as The Woman, directed by David Kaplan in the Abrahamse-Meyer Production of THE DAY ON WHICH A MAN DIES  from Cape Town, South Africa. Photos taken in performance by Ride Hamilton at the 10th Annual Tennessee Williams Theater Festival in Provincetown.

Tennessee’s letter to columnist Max Lerner during, and about, the
creation of SWEET BIRD OF YOUTH (1959),  around the same time as DAY ON WHICH: 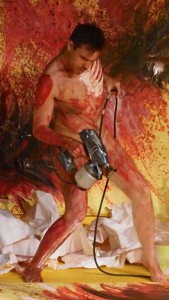 “ As an artist grows older he is almost always inclined to work in broader strokes. The delicate brush-work of his early canvasses no longer satisfies his demands of himself. He starts using the heavy brush, the scalpel and finally even
his fingers, his thumbs, and even, finally, a spray gun of primary colours. Act Two is written with that heavy brush, scalpel and spray-gun. Delicacy, allusiveness are thrown to the winds in writing, staging and performance.” 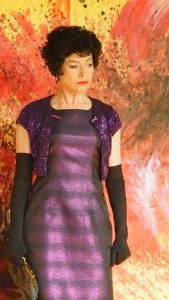 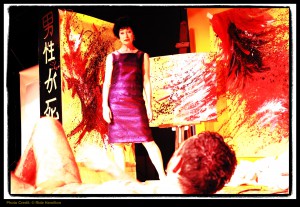 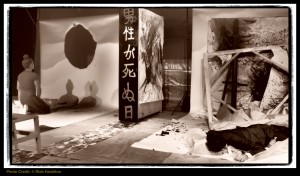 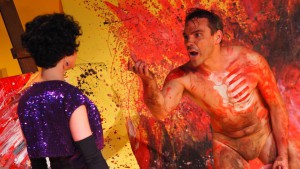